Construction: The meaning and relevance of a perfect parabolic as the grounding factor of this installation meant significant skill to pull off a 10ft dia. parabolic out of cement yet light enough to move from shop to the site., 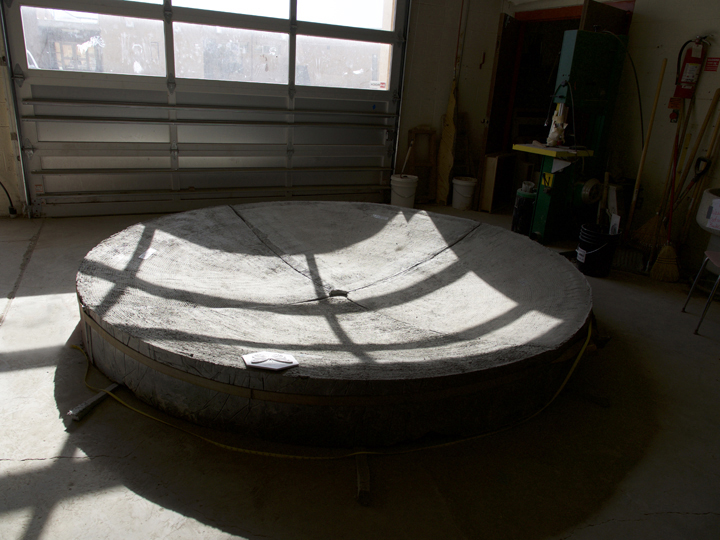 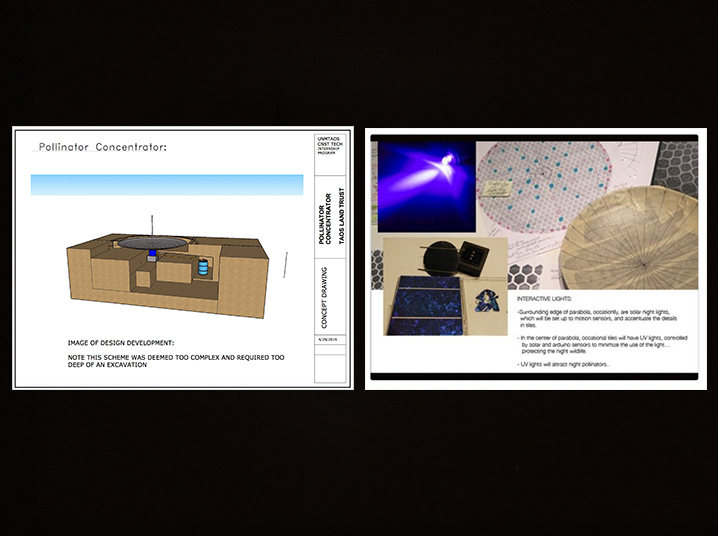 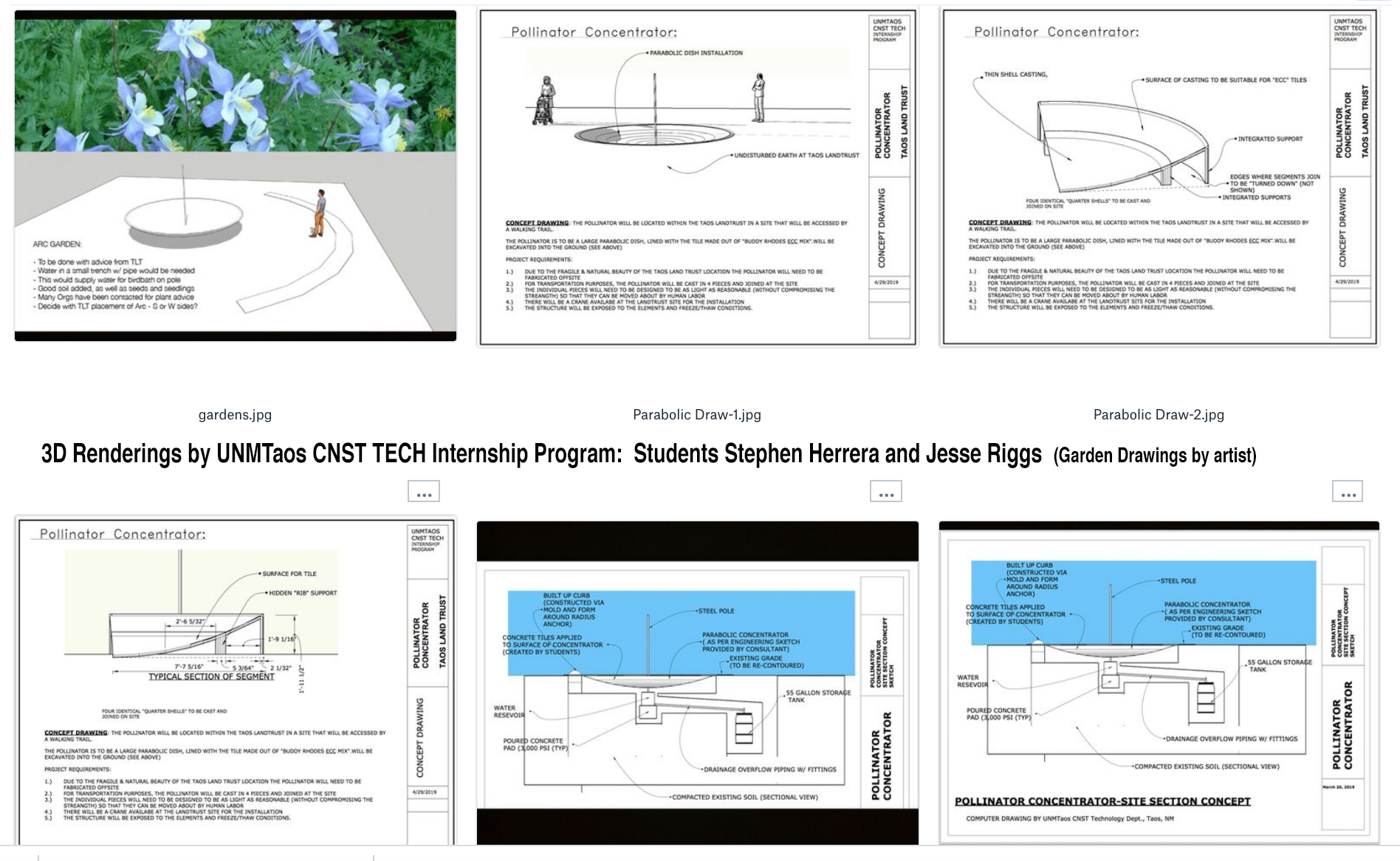 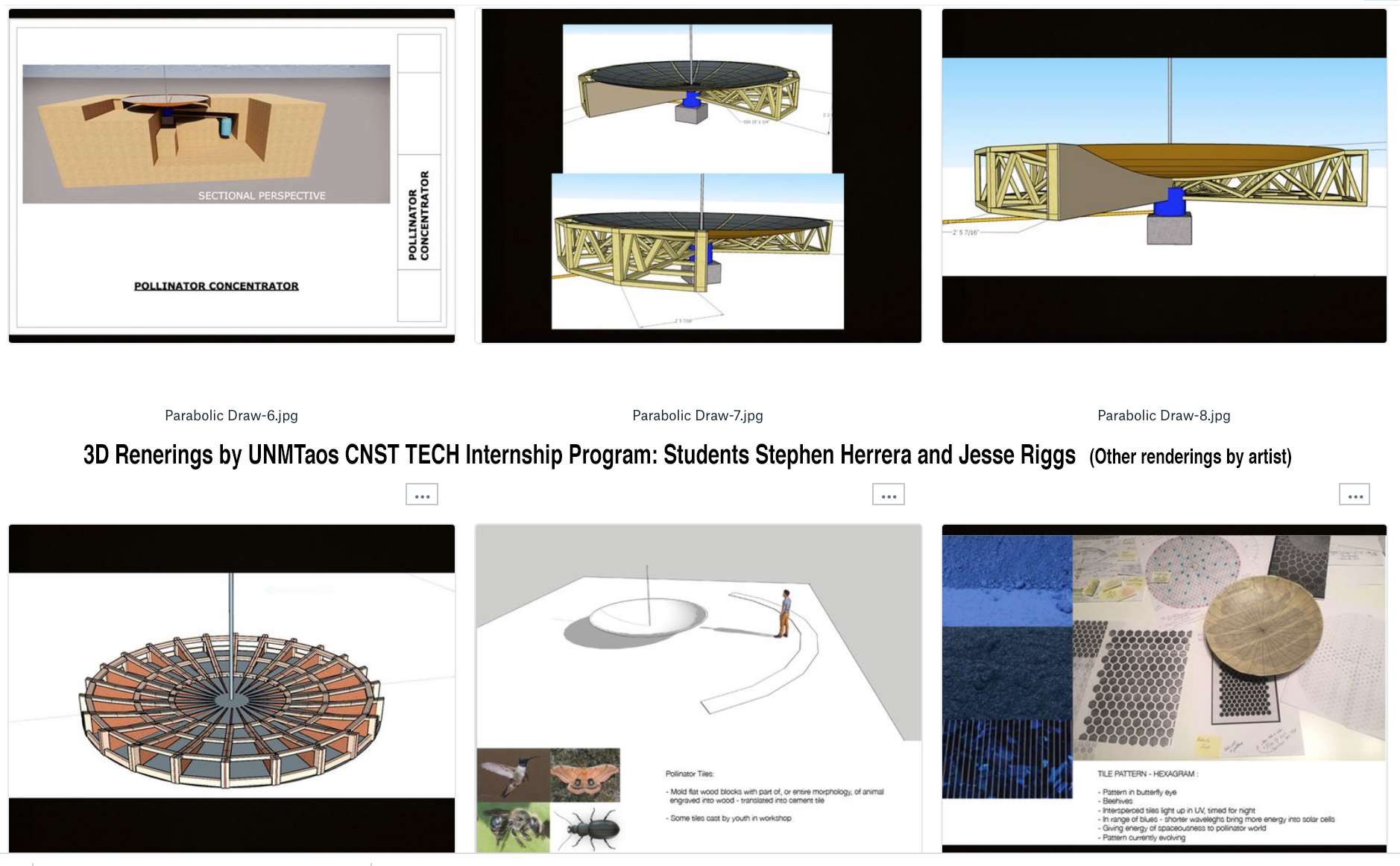 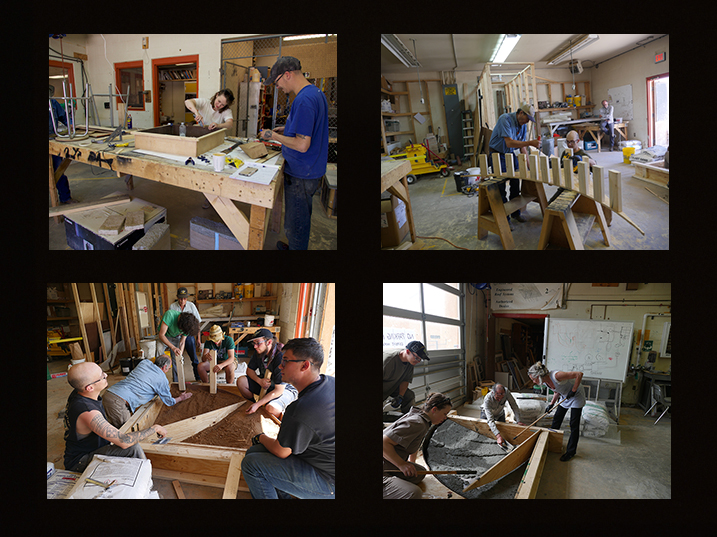 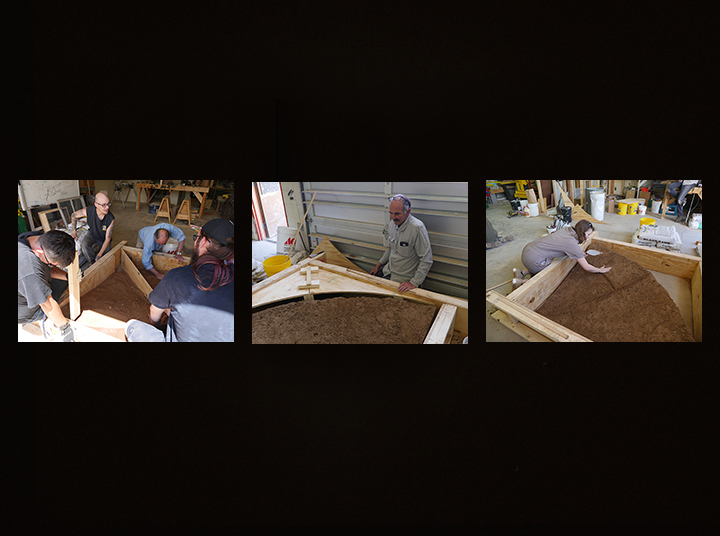 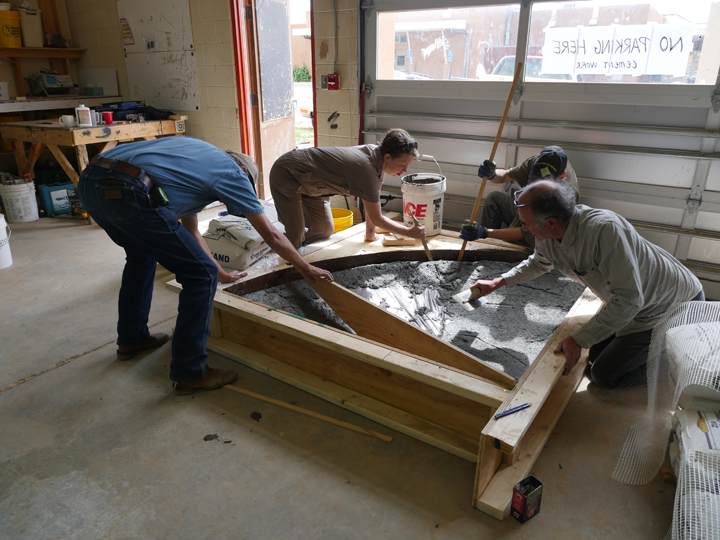 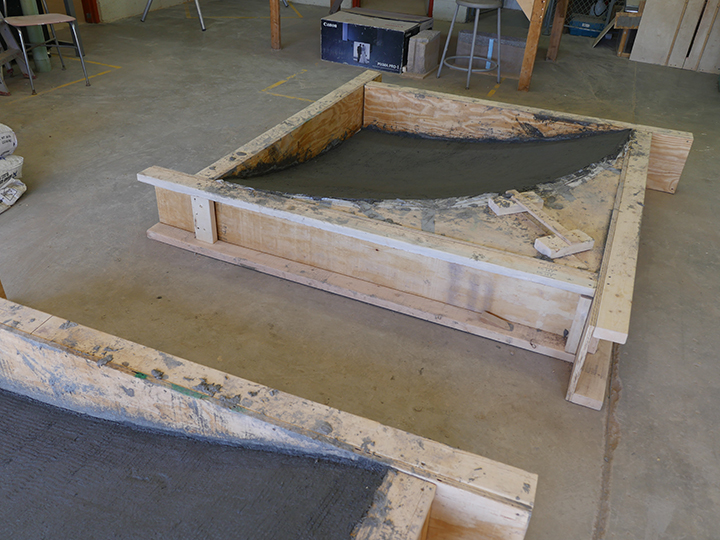 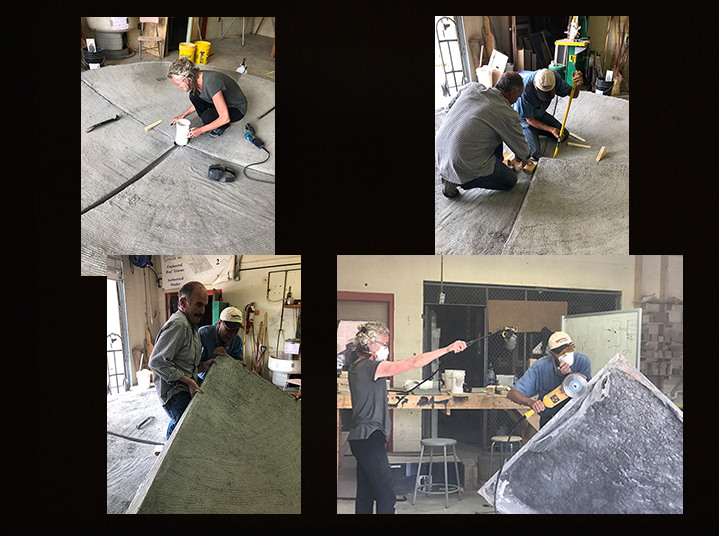 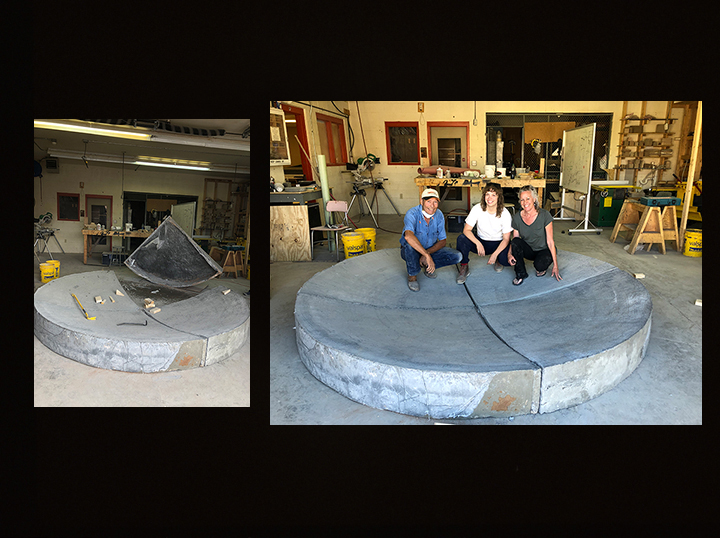 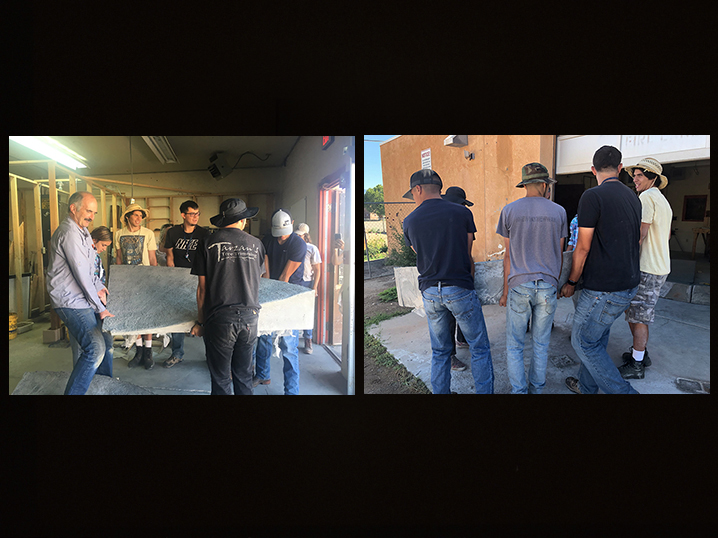 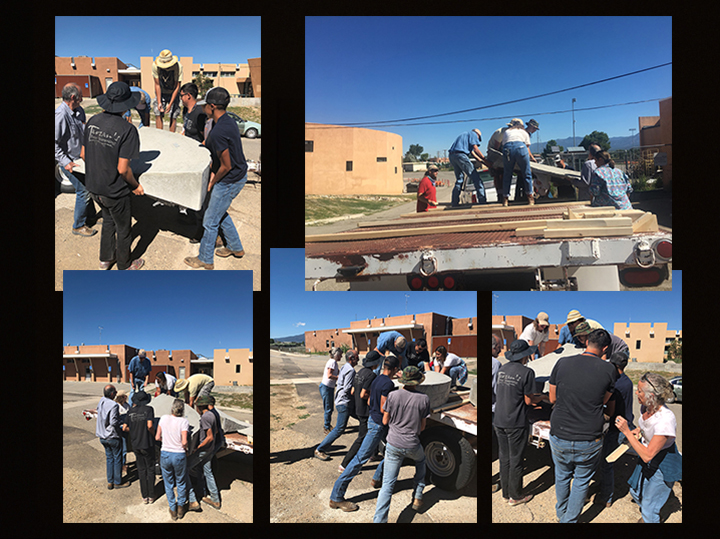 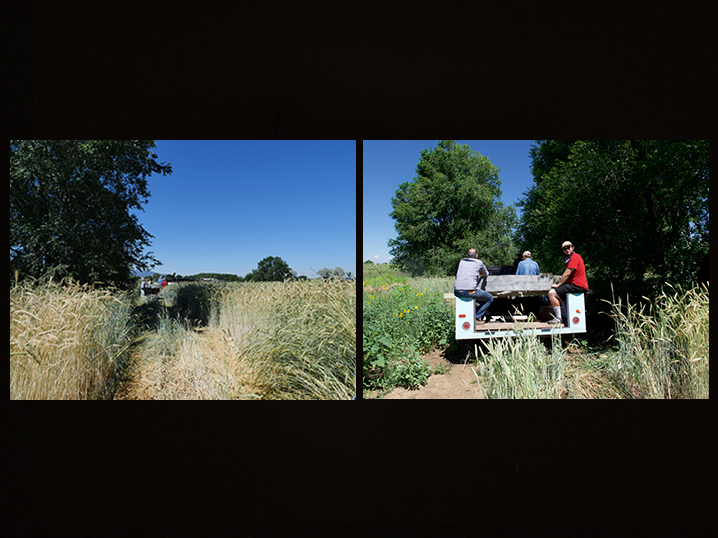 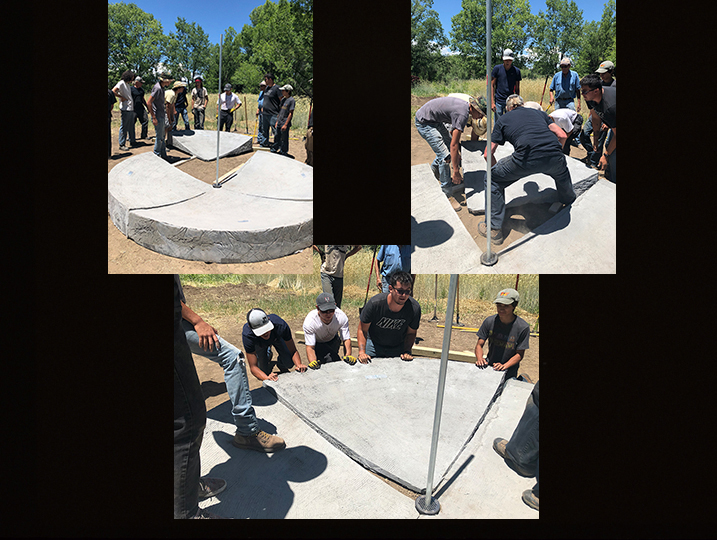 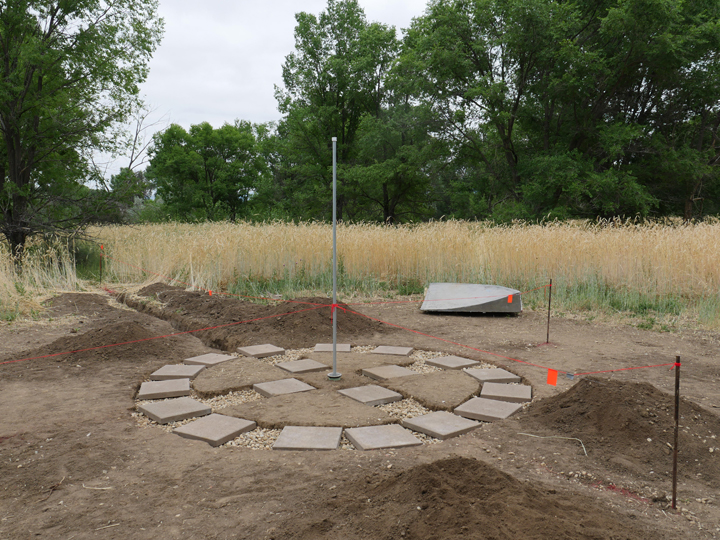 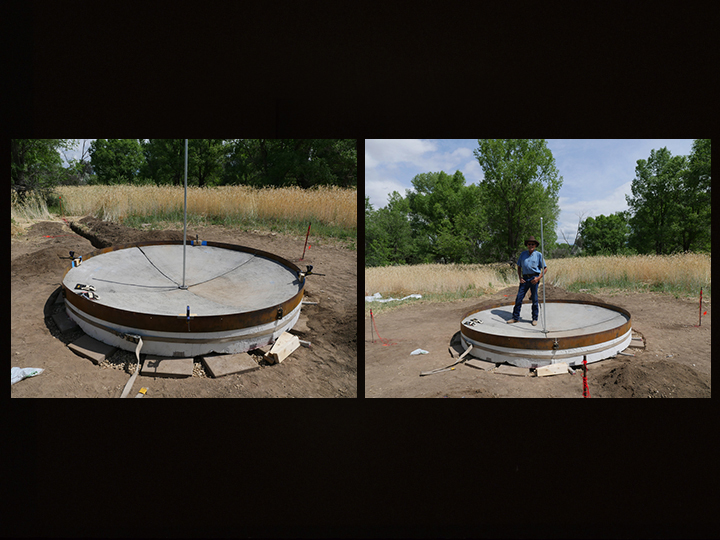 Many differing phases of construction needed to take place to realize the dynamics of this installation. By far the most complex was the making of a 10ft dia. mathematically perfect parabolic dish out of cement. In perfection, the top of the pole is the exact focal point of the parabolic, calculated by my engineer brother. A wonderful member of the Taos community, Mark Goldman, earth architect and professor of Construction Technologies at Taos UNM offered to help me realize the final result with 3 of his students who would get credit. With the students skills in 3D rendering many variations of molding structure to cast the concrete dish in 4 parts were explored. In conversations with Jim Scheetz, an engineer at Buddy Rhodes, the decision resulted to use GFRC concrete for the lightest possible cast, and he verified that no one had yet done such a cast…thus, as a group Mark, his students, and myself put expertise to use to invent methods. Many aspects of building the parabolic and its siting on land were treated similar to a building, and had to consider plumbing and electrical, including pre-dug trenches by the YCC crew. Daniel Torres, a student in Marks class yet an experienced contractor, provided skilled detail work after the parabolic was moved. The final moving of 4 parts to the site took about 7-8 men per unit to move onto a trailer then out to the land. Due to the environmental restrictions governing the TLT, no poured cement was allowed thus a different method had to be used for foundation. The entire process with Mark and crew took 5 months. All crew involved, as well as park visitors during installation on site learned that the work was addressing pollinator awareness and decline. As the process drew many people with questions, It drew more attention to the topic itself.