Nocturnal: With specific events done at dusk and dark the parabolic reveals the glow of ultraviolet lights around its circumference. , 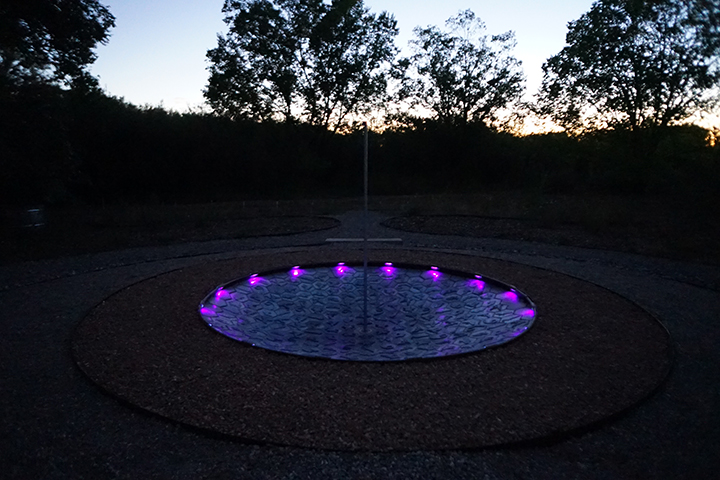 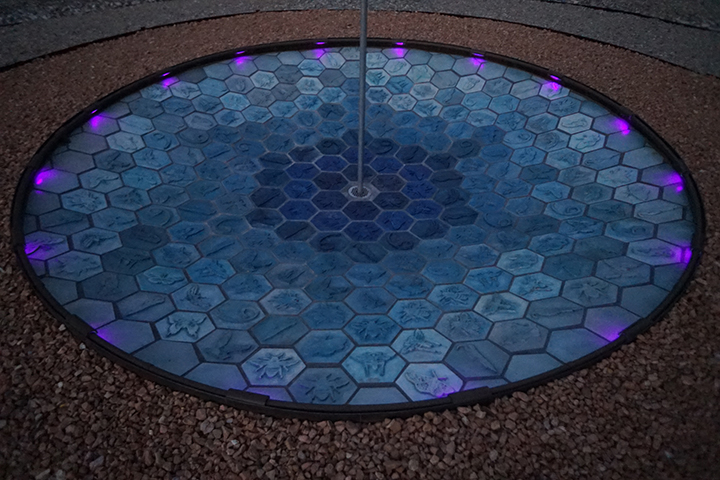 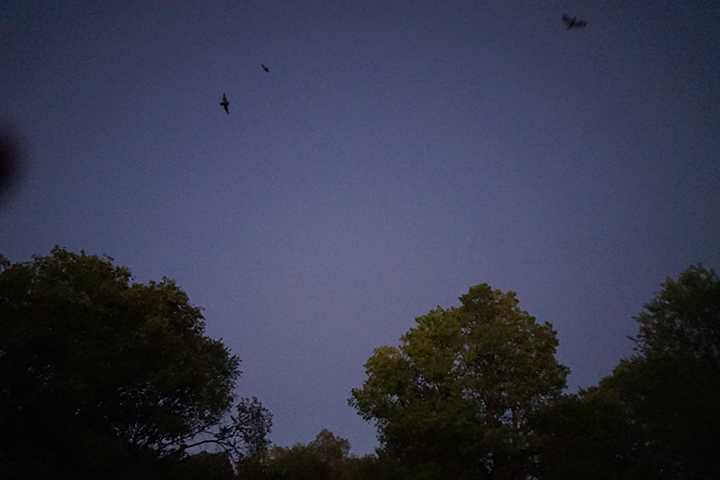 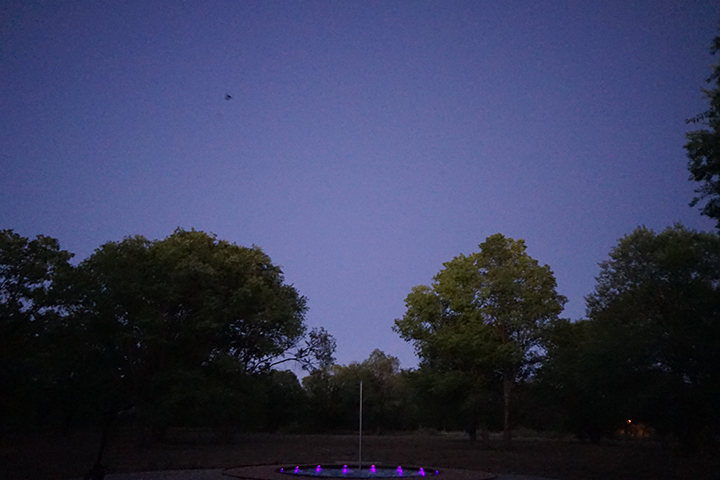 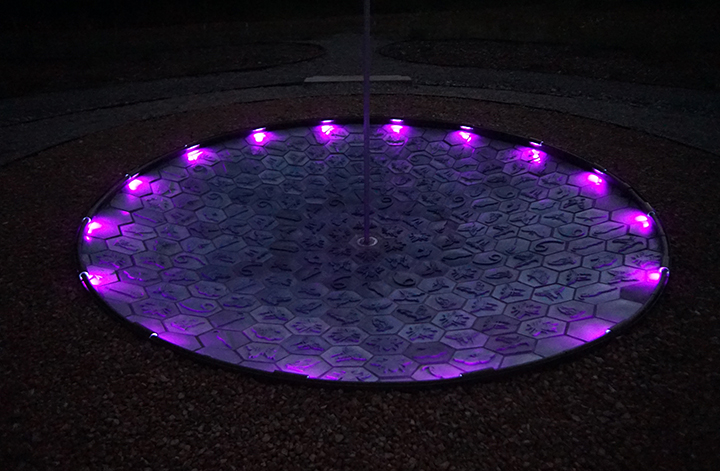 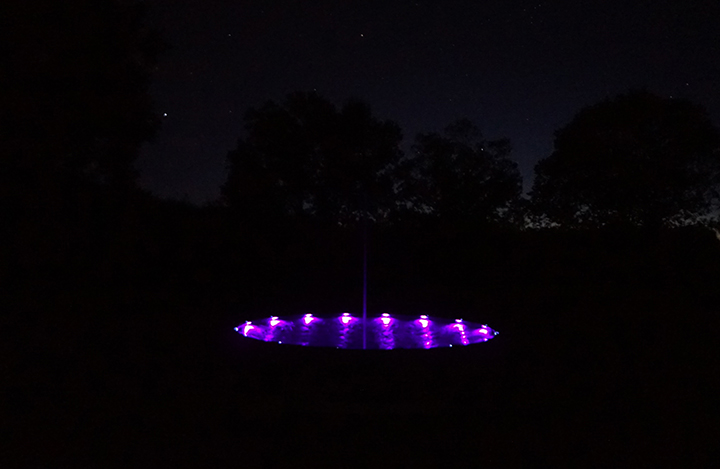 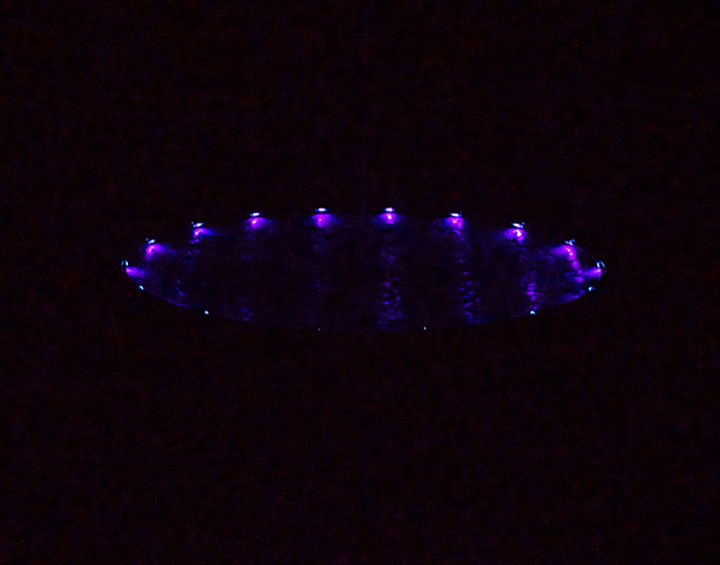 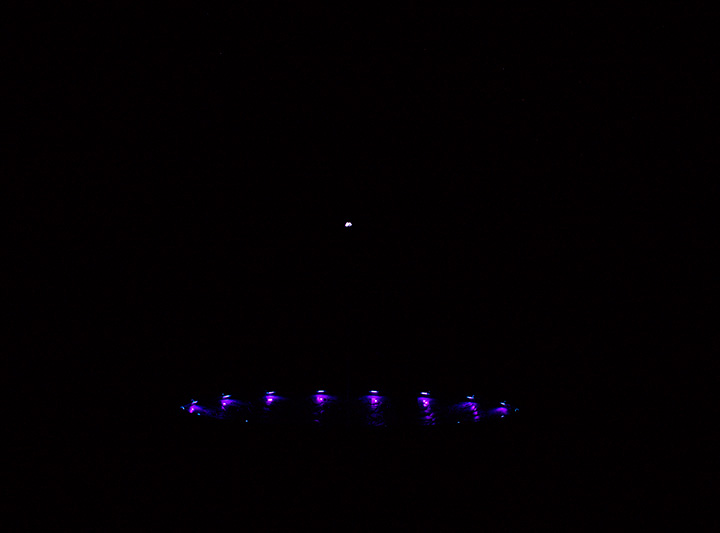 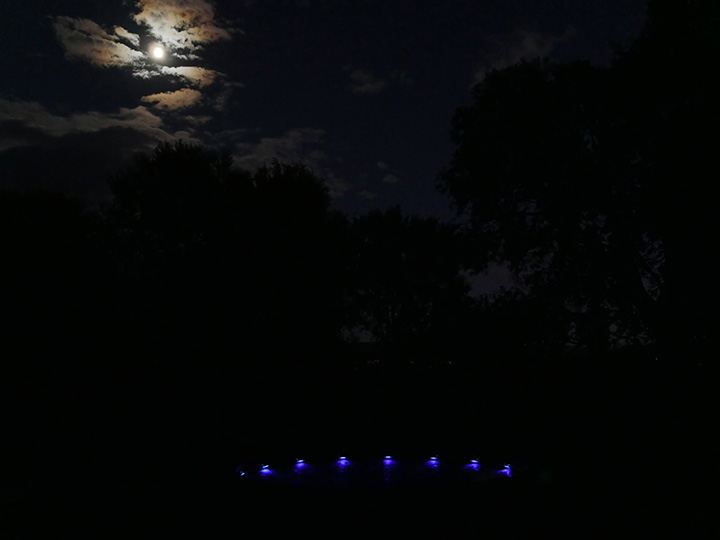 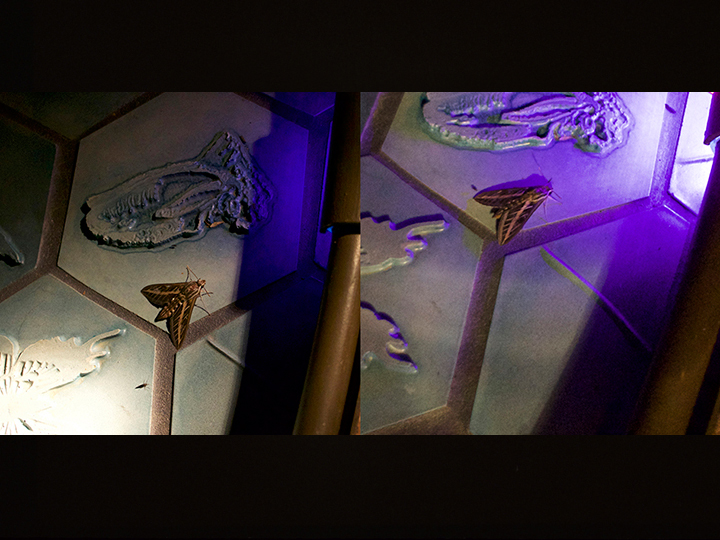 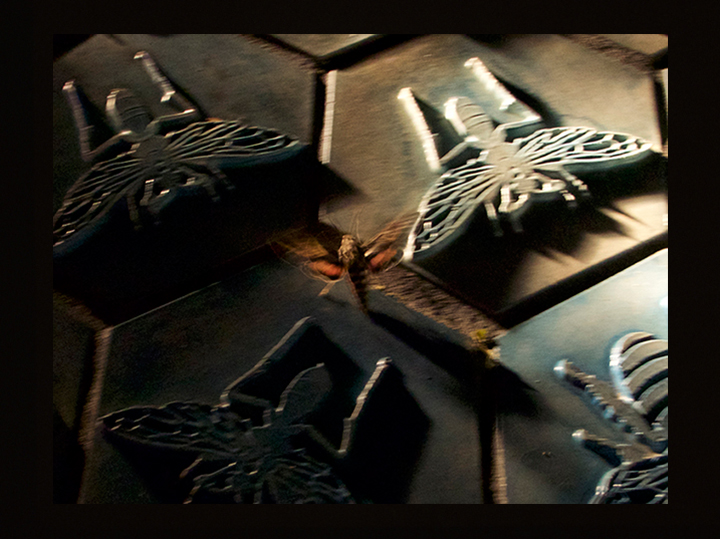 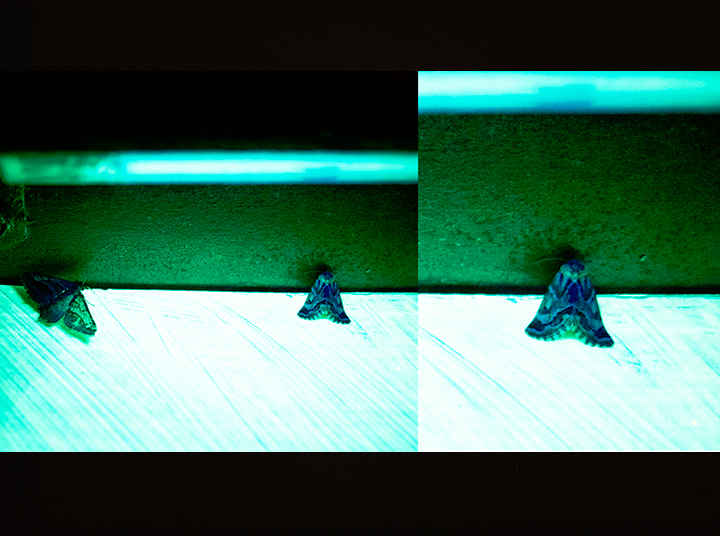 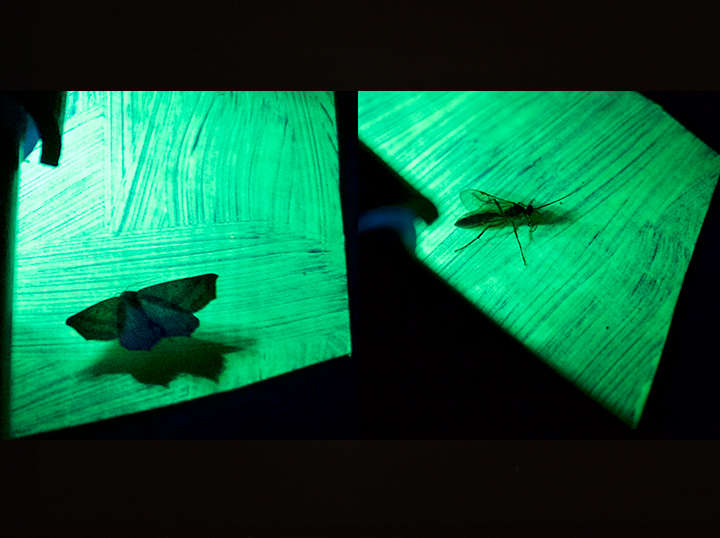 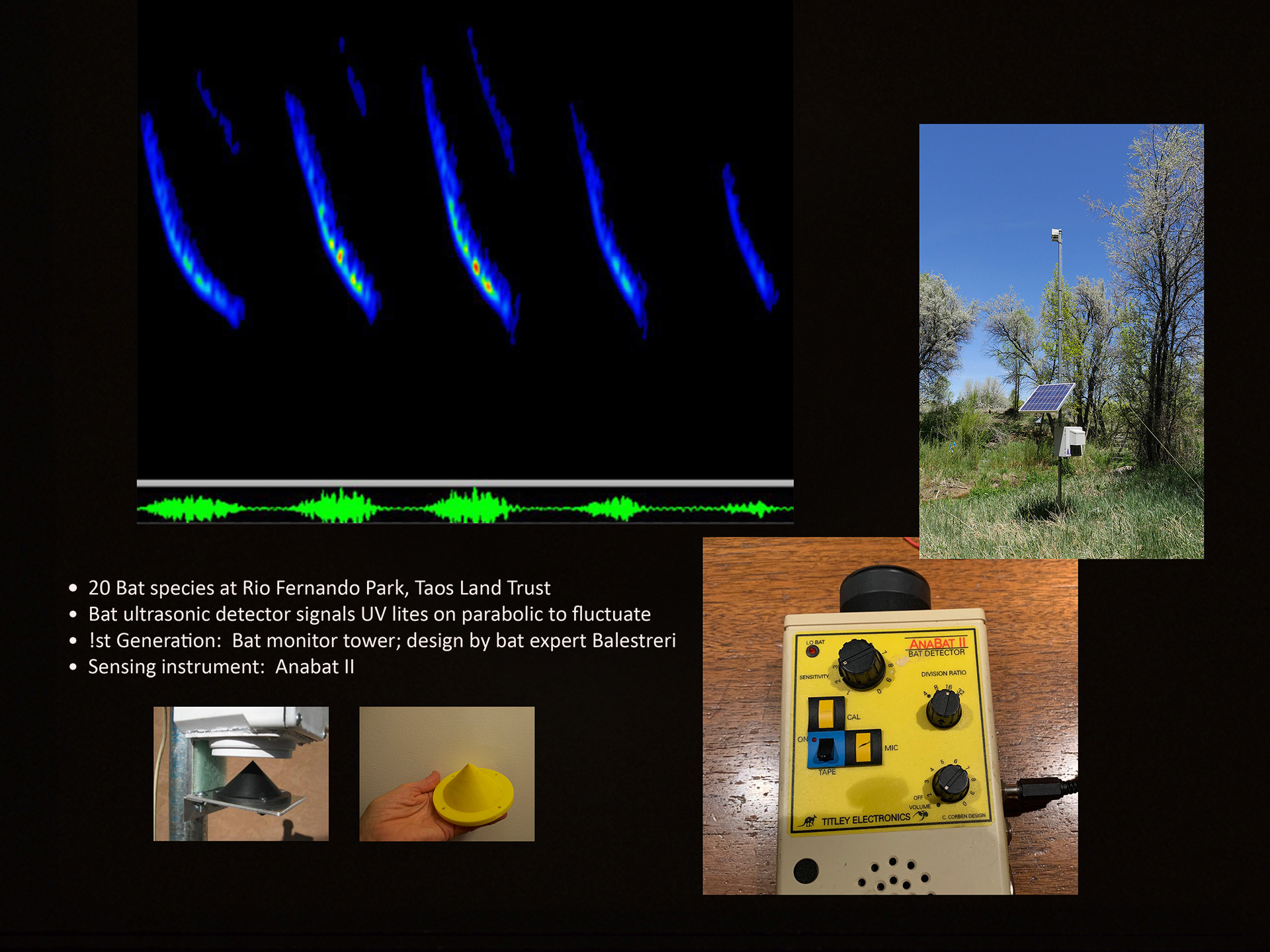 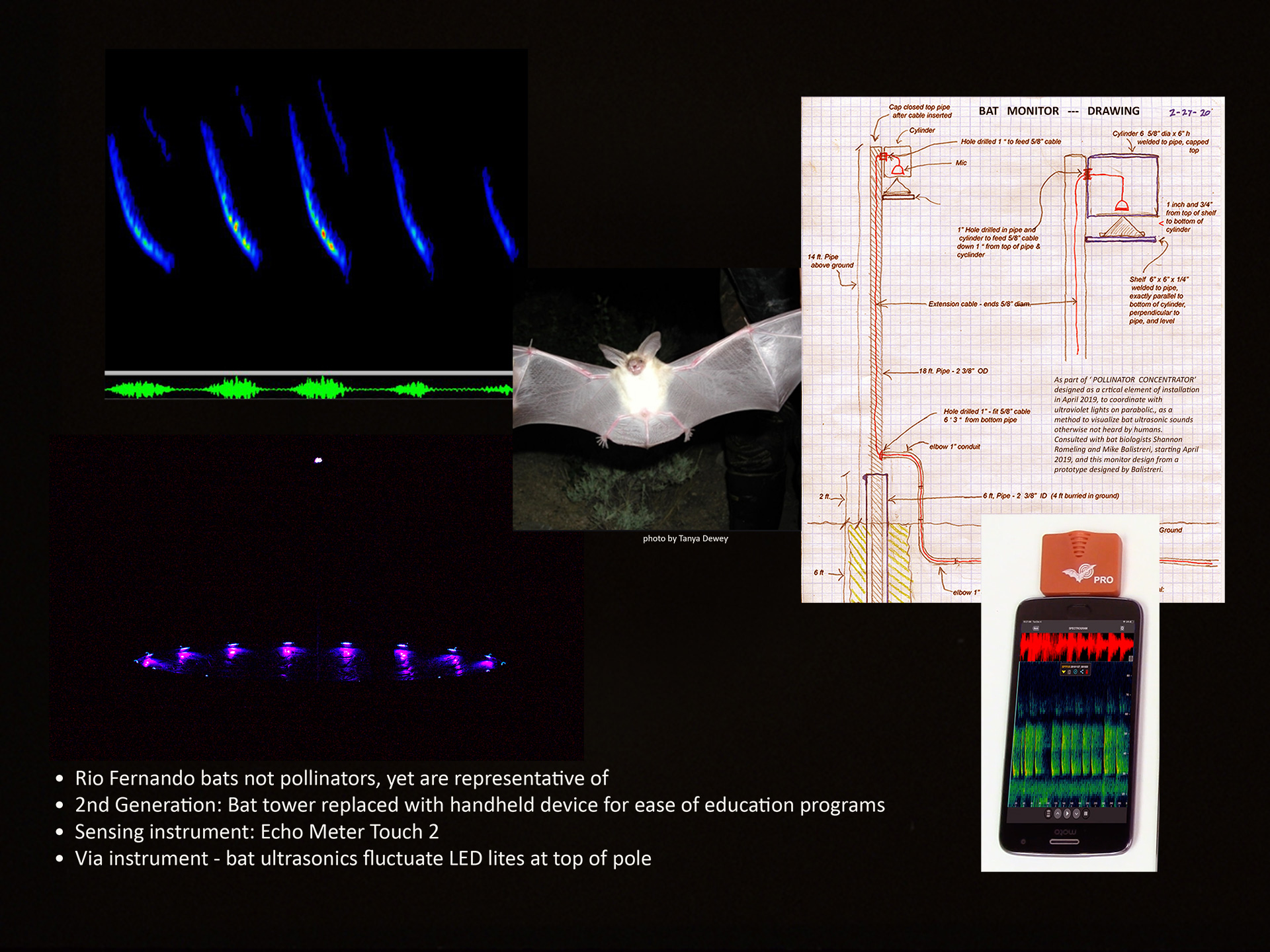 There are various factors contributing to pollinator loss, yet one of the most overlooked issues is light pollution. The lack of familiarity with pollinators and even the insect varieties can stem from a world that has stopped identifying their existence – their unique creature forms and habits. Thus this installation’s evening lighting aesthetically engages two realms to restore pollinator return – changing an over-lit world, and learning to identify the insect pollinator (as well as other pollinators) as actions that can transform the problem. Many pollinators find their nectar sources guided by UV in the colors of the flowers, which we humans can’t see. It is a familiar technique by entomologist to draw out insects at night for study, by alluring them to UV light. In discussions with various entomologists it was determined that the range of UV, 395 – 406 nm, used around the parabolic is known to attract a wider selection of species. There is equally a question whether bats may have some attraction to UV. Utilizing a hand held bat meter during the integrated educational programs and other events, it will trigger UV lights at the top of the pole to fluctuate in response to ultrasonic bat calls, making the silent presence of bats visible. At night and as one’s rod vision adjusts to the very subtle UV light it’s presence transforms into a delicately perceivable haze filling the basin of the parabolic. The quietness of this work opens the space to be in observation of the other.

This work integrated the fascination with bats due to the 20 species discovered in April, 2019 at the Rio Fernando Park. The bat and its unusual role in pollination, even if more so with species in southern New Mexico, became a special fascination within this work. Thus by March of 2020, when in the USA there appeared the shock of the coronavirus pandemic, with the understanding of it being a zoonotic disease, and possibly transferred from bat to human (or bat to second animal to human), the bat then took on another significance. Sadly with the world-wide spread of the pandemic, suddenly in specific places the bat was demonized and destruction of bat colonies increased. Thus, the importance of the teachings in this work, of the significant roles bats play, came to bear.